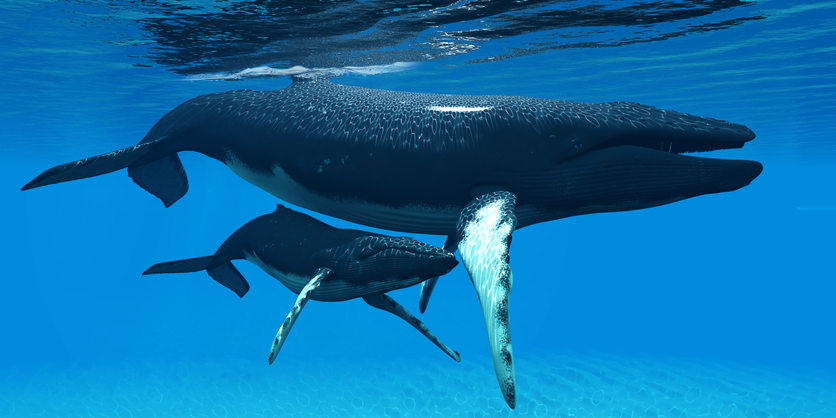 This month the Japanese officially resumed commercial whaling after a halt of more than 30 years. The commercial hunting of whales was banned in 1986 by the International Whaling Commission (IWC) to ensure the conservation of whales. Despite this ban, Japan had continued to hunt whales on a smaller scale for “scientific” purposes. This so-called science experiment resulted in the killing of 333 minke whales last year, including many pregnant female whales. This month Japan has withdrawn from the IWC and decided to ignore the ban altogether, meaning that they will openly hunt whales for commercial use from now on.

While the ban of commercial whaling was an excellent initiative for the preservation of whales internationally, it had one unintended consequence, it increased the value of whale meat to a “luxury item”.  The ban of commercial whaling meant that whale meat became a rare and expensive delicacy in Japan where it is eaten as whale cutlets, sliced raw whale, deep-fried whale nuggets, whale bacon and whale jerky.  Whale meat is now a luxury food in the Japanese market, and demand for it is high.  The resumption of commercial hunting spells disaster for the conservation of whales.

In the first week after Japan decided to ignore the ban, five whaling ships set sail from Kushiro for the country’s first commercial hunt since 1986. These five ships were allowed to catch more than 227 whales in Japan’s commercial fishing waters. In the first official commercial hunt, the first whale killed was a 5.6-ton Minke whale measuring more than 8 metres in length. Once hauled ashore it was sent to the local fish market where the hunters were hoping for a sale of more than US$18 per kg. This is only the beginning of the whale hunting season.

It is hard to believe this brutal practice of killing whales for a luxury food market still exists in modern day Japan. Whale meat is food from the past. For many older Japanese, it is food from their childhood in the post-WWII era. During this time the American occupation authority encouraged the use of whale meat as a cheap source of protein, and it was often served in school lunches up until 1987.

Now whale meat is not a cheap source of protein for a hungry population, but is served only in the most exclusive restaurants and supermarkets. The creation of a luxury market for this meat is likely to act as an incentive for other countries to also ignore the ban and resume whaling. With many whale species on the brink of extinction, we find this path to be absurd.

The Threat To Whales

But, Japan is not the only nation on the hunt for whales, Norway also continues to hunt whales. They pursued and killed 432 Minke whales last year to supply the growing demand for whale meat in luxury tourist destinations. These harmless creatures have been put at risk by the continued hunting. The resumption of commercial hunting by Japan only increases the risk to their survival.

Whales are already suffering from the damage we have caused to their environment. We have damaged and encroached on their habitats and breeding grounds, we have depleted their prey through over-fishing and we have polluted their waters with toxins and heavy metals that accumulate in their bodies.  Now added to the human-made threats on this species is the abhorrent act of hunting them for the luxury food market. Hunters wanting to supply this luxury market use grenade harpoons with spring-loaded claws to attack a pod of whales. These harpoons embed deeply into the whale’s flesh killing the whale slowly and painfully while being used to haul them onto the deck of the whaling vessel. If this does not kill the whale, hunters will shoot it onboard with rifles. This is the reality behind the whale meat dish served in a high-end restaurant in Tokyo or Oslo.

With the long term recovery and survival of whale populations are already at risk we urge the nations of Japan, Norway and Iceland to reconsider their decision to commercially hunt these gentle giants of the seas. These creatures are not a luxury food item, they are an essential part of our oceans and world. And, it is up to us to protect them.

What can you do?

Send an email to the Japanese Government via the Australian Conservation Society asking them to stop commercial hunting.

Reduce the demand for whale meat by avoiding restaurants that serve whale meat while visiting any whaling region and encourage others to do the same. Join a whale watching trip to see these magnificent creatures in the wild.

Adopt a Whale and support the work of the WDC in campaigning to help save the whales.

Contribute towards the fight by supporting one of the many organisations who are working tirelessly to stop the resumption of commercial whale hunting.

Sea Shepard. Sea Shepherd is an international, non-profit marine conservation organization that engages in direct action campaigns to defend wildlife, and conserve and protect the world’s oceans from illegal exploitation and environmental destruction.

Greenpeace Working to defend the natural world and promote peace by investigating, exposing and confronting.

WWF World Wildlife Fund works to build a future in which people live in harmony with nature.

Individually we are one drop. Together we are an ocean.

Climate Apartheid – Do We Care Enough To Stop This?
Scroll to top
We use cookies on our website to give you the most relevant experience by remembering your preferences and repeat visits. By clicking “Accept”, you consent to the use of ALL the cookies.
Cookie settingsACCEPT
Manage consent