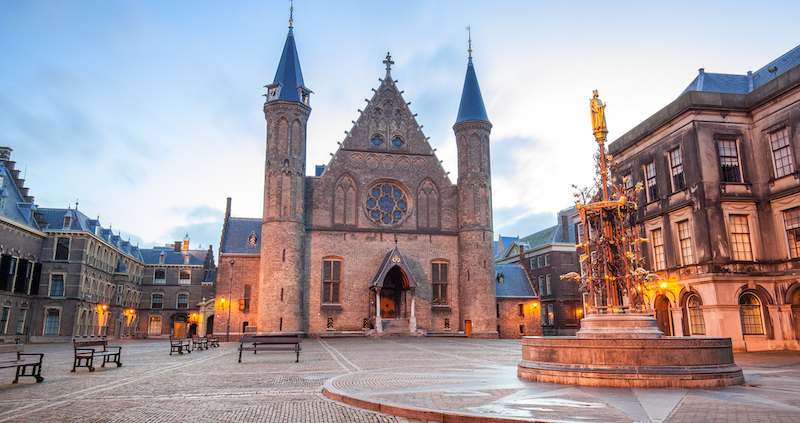 If The Hague were a woman, she would be one of those irresistibly classy women that you instantly admire and want to get to know better. The type of woman that not only carries herself with a sense of class, but, also exudes an underlying intelligence and compassion. The Hague also happens to be the home of ILNI, so while we may be a little biased, we love her and would like to introduce her to you.

The Hague, or Den Haag as she is known in her native Dutch, has it all. She is fashionable, rich in culture and bursting with creativity and art. Royalty walk her streets and she is known throughout the world as the international city of Peace and Justice. Her Ornate 17th century architecture whispers of her age, but her vibrant streets and music filled bars attest to her youthful energy. To spend a weekend in this stunningly classy city is to fall in love forever with her spirit.

The Seat of Royalty

To really experience Den Haag, we suggest staying in the centre of town. The Paleis Hotel is one of our favourites. A boutique hotel only steps from the gate to the palace garden and situated in a car-free street in the centre of the city. The Paleis hotel features beautiful Louis XVI style rooms that overlook the gardens of the Noordeinde Palace.

Step outside the door and you are in the stylish Noordeinde district filled with fashion boutiques, art galleries and antique shops interspersed with delightful cafes all situated in stunningly preserved art nouveau buildings.

Next to the hotel are the gracefully landscaped gardens of the Palace Noordeinde, which are open for wandering through. The palace is a working palace and it is not uncommon to see Royal Family coming and going.

From the Palace, it is a short walk to the House of Parliament Square. Here you can wander through the grounds of the oldest parliament buildings in the world and find yourself on the Plein, literally ‘the square’ now filled with cafes and restaurants with fantastic terraces where you can relax and enjoy a drink or snack in the midst of the beautiful historical architecture of what was once a 13th century gothic castle, the Binnenhof.

The Plein in a former life was the vegetable garden for the castle and still maintains the feel of a medieval square surrounded by historical buildings. During the day it is the place for coffee and business lunches, but if you return in the evening you will find a different side as the Plein is now also one of the cities top nightlife spots to enjoy live music and clubs. 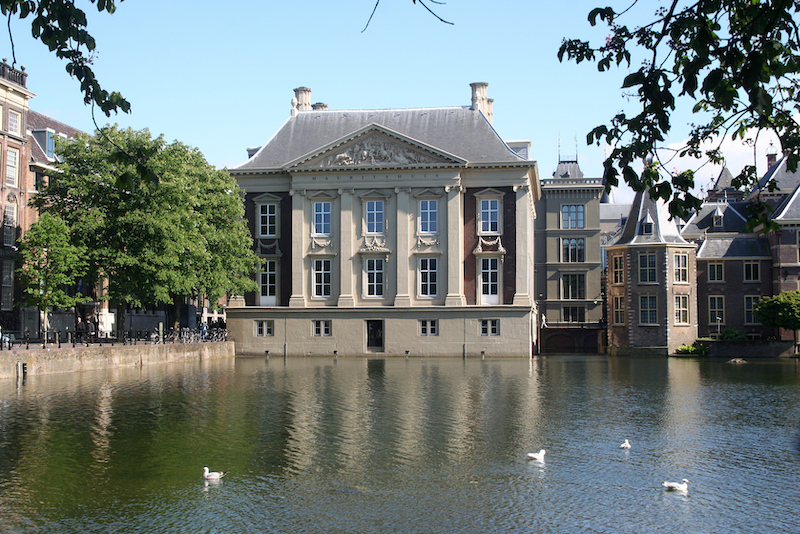 Explore the Golden Age of Art

Located just off the Plein is the Maurits House Art Museum, originally a home of a wealthy sugar and slave trader, in 1882 it became home for some of the most famous Dutch paintings of the golden age. Perhaps one of the most famous being Vermeer’s Girl with a Pearl Earring.

For art of another kind, a short walk away is the former Winter palace of Queen Emma, which is now a beautiful museum housing the extraordinary art of Escher and his optical illusions and impossible objects.

A Place of Elegance

Next to the winter palace is the famous Hotel Des Indes, which has hosted royalty and celebrities for more than 130 years. The Hotel Des Indes oozes elegance and grandeur, and it is hard to miss with its stunning yellow exterior. Step inside and enjoy a four-course High tea in their beautiful lounge area beneath glittering chandeliers in the baroque style lobby.

Heading back towards the centre of the city and the shopping streets you can wander along the Lange Voorhout, a long garden that runs along 19th century buildings that are now homes to the various embassies and cultural institutions.

Shop Until You Drop

In the main shopping centre you will find all the flagship stores of the major fashion labels of the world. Gorgeous large window displays entice you in for more. Wander through the incredible Passage, the only remaining example of a 19th century covered shopping street. On the other side of the passage, you will come to the Art Deco marvel that is the Bijenkorf department store. A traditional Dutch department store that remains popular to this day. 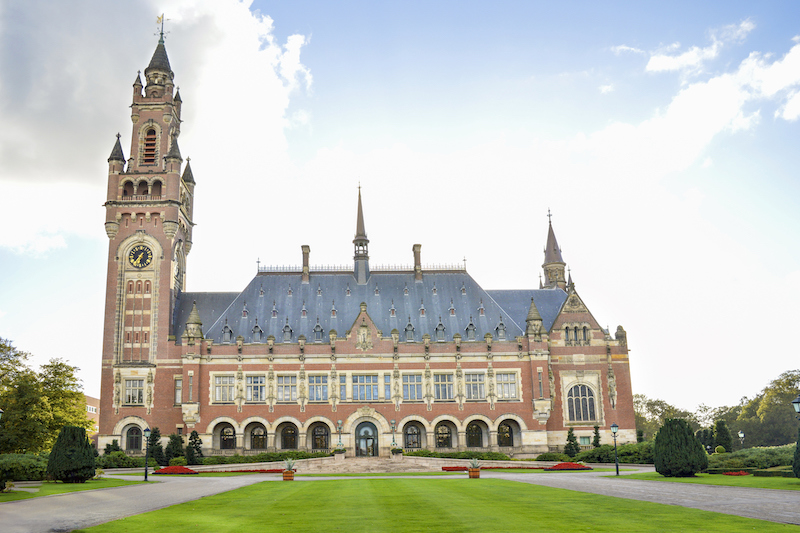 A City With a Heart For Peace and Justice

The Hague is not all history and shopping, beating at the centre of this city is a heart for justice and compassion. A visit to the city would not be complete without visiting two important places that allow you to see the passionate heart this city has for world peace and justice.

The Hague’s heart of compassion is clearly seen in the Humanity House museum and exhibition space. Humanity House was set up to spread empathy and understanding of the plight of refugees. Experience some of what it must feel like to be in their shoes by traveling through their simulation exhibition where you will be forced from your home, and processed through a Red Cross immigration camp.

The Hague’s heart for peace and justice can be further felt from the warmth of the peace flame burning at the gates of the Peace Palace. Home to the International Court of Justice and the Permanent Court of Arbitration, this beautiful Neo-Renaissance style building is one of the most photographed in the city. The Peace flame is surrounded by the Peace Path built from 196 large and small stones from 196 countries, including a piece of the Berlin Wall and a stone from Robben Island where Nelson Mandela was imprisoned for many years.

Just as the stones from around the world have been left at the foot of the Peace Palace, this city will leave a lasting impression on any visitor who takes the time to get to know this grand and glamorous dame of a city called Den Haag.

Kindness is Contagious – 15 Ways You Can Spread Some Around Today
Scroll to top
We use cookies on our website to give you the most relevant experience by remembering your preferences and repeat visits. By clicking “Accept”, you consent to the use of ALL the cookies.
Cookie settingsACCEPT
Manage consent