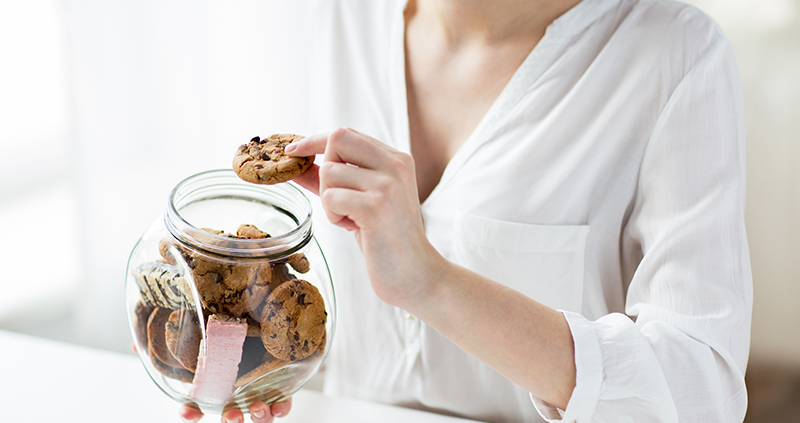 Ok, so let’s be honest, who is still managing to stick to the resolutions you made on New Year’s Eve? If you are anything like the majority of us who make resolutions you have already given up. Sure, some of us manage to keep up the momentum for a little longer. Yes, the gym is still busy, but go back in a few weeks and all those newbies who were full of determination to get in shape will be gone. But, they will be back again next January to try again.

If we all know we are not likely to keep our resolutions why do we keep making them? What is it that makes us think we can change the habits of a lifetime in one bold statement at midnight on the 31st December? According to historians, we have been making resolutions each new year for millenniums. Historians believe the ancient Babylonians were the first humans to start making these resolutions. More than 4000 years ago they would celebrate the new year with a full 12 days of festivities, during which time they made promises to their gods to pay their debts and return any objects they had borrowed. Unfortunately, we don’t have statistics on how many of these celebrating Babylonians remembered their promises a week after the festivities.

Others along the course of history have also made determined resolutions at the change of year. The ancient Romans under Julius Caesar offered sacrifices to the gods and promised to behave better in the coming year. Early Christians took time to look back on the mistakes of the previous year and also resolved to do better in the coming one. Now the habit of setting new year’s resolutions has become a more secular event, posted on our Instagram or promised to friends over a few too many glasses of bubbles at the strike of midnight. Instead of making promises to the gods, we promise ourselves varying goals of self-improvement.

A New Year’s resolution is a tradition, most common in the Western Hemisphere but also found in the Eastern Hemisphere, in which a person resolves to change an undesired trait or behavior, to accomplish a personal goal or otherwise improve their life.

Yet, despite our good intentions statistics say only 8% of us will be successful in making a permanent change through the habit of a new year’s resolution. But this dismal history of making and breaking resolutions probably won’t stop us from continuing to do it every year for another 4000 years.

So what is the key to making a change? And why do we seem to fail so miserably at keeping these grand resolutions? The answer is both time and timing. We expect that making a resolution at the strike of midnight at the end of the year is all that is needed to make a dramatic change in our lives. We forget that habits of a lifetime might take a little more time to change. We also have very little compassion for ourselves when we fall off the wagon of our resolutions. Instead of seeing a relapse as just a hiccup on the way to change, we see it as the end of the plan; we failed so we might as well give up now and try again next year.

If we want to have any hope of lasting success our new year’s resolutions need to have a timeframe that is a lot longer. Many believe it takes around 21 days to change a habit. In fact, it takes a lot longer. For lasting change it is better to allow up to 60 days for a new habit to settle in. Setting a longer timetable will give you more chance of success. Give up on the desire for immediate results. Nothing happens overnight. It has taken you years to settle into your current habits. These will not change quickly. Overcoming a bad habit can be a lifelong process. Add this to the knowledge that we will screw up sometimes. We will miss the gym, gorge on chocolate cake and down a few too many glasses of wine. If we see these ‘screw-ups’ as simply part of the journey towards change rather than signs of our weakness we might actually pick ourselves up and keep going with the resolution. The only other alternative is to stay on the treadmill of making and breaking resolutions each January and vowing to do better next year. How many years would you like to try that for?

Another key point about lasting change is to realise that the 1st of January is no magic day. You are not going to wake up in the next year with a bucket load of willpower that you didn’t have the year before. Better to make a change when the time is right for you. Plan your change in advance and do it well equipped and ready to succeed. Embrace the fact that changing a habit is about changing a pattern that you liked. Find a way to like the change rather than dragging yourself miserably through the first week of January only to find release when you finally break the resolution and get back to doing what you have always liked.

So to finish on a brighter note, if you have already broken your New Year’s resolution don’t give up yet. You can keep working your resolution all through the next 12 months and arrive at the next New Year’s Eve already improved.

8 Reasons to Be Kind this Year and 3 Kind Acts You Can Do Immediately
Scroll to top
We use cookies on our website to give you the most relevant experience by remembering your preferences and repeat visits. By clicking “Accept”, you consent to the use of ALL the cookies.
Cookie settingsACCEPT
Manage consent