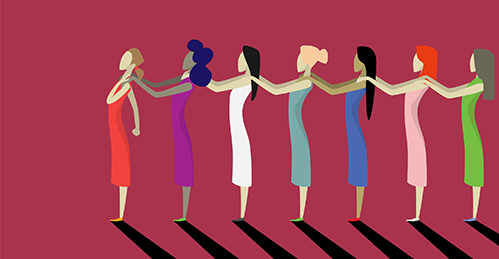 In 2017 International Women’s Day (IWD) gained a lot of attention. With marches and protests around the globe, and women walking out of work in A Day Without A Woman. Women and Men were being much more vocal in their call for more awareness of the marginalization of women due to gender, ethnicity, class, sexuality or disability. The movement encouraged those who could not march to wear red in solidarity and we did!

This year on March 8th International Women’s Day arrives after what has been another year of earth-shifting events and movements that have steadily grown louder in their calls for fairness and a voice for all. The theme for this year is Press For Progress. With the release of the 2017 World Economic Forum’s Report on Gender Equality finding that we are at least 200 years away from pay parity for women, the time is now to push for more progress. It is a time of combining powerful ideas and putting them into practical actions.

International Women’s Day has always been about taking action. It commemorates a movement that began with the strength and action of one woman standing up in a crowded labour meeting and declaring, “I have no further patience for talk!”. Clara Lemlich was a Ukrainian migrant working in the notorious garment factories of New York in 1908. She ignited a movement when she called her fellow workers to strike and march in the streets in protest of their poor working conditions. What followed were 35,000 women standing with her in strike action that lasted more than 3 months and brought the garment industry of New York to its knees. Known as the Shirtwaist (women’s blouse) strike of 1908, Clara challenged women to stop talking and start walking. She forced factory owners to listen and to improve the conditions of work for the thousands of women working in their factories. 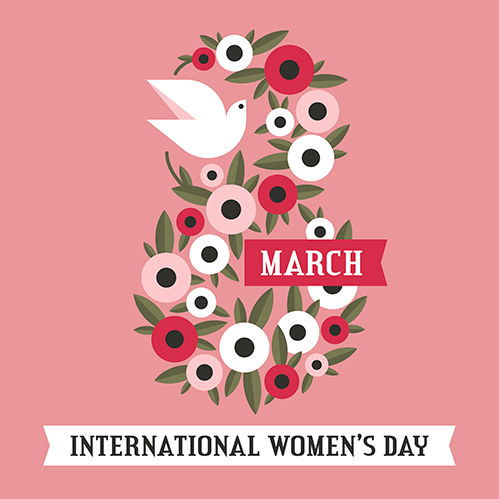 International Women’s Day continues to be about action in 2018 with events and marches planned internationally and campaigns already running on all social media platforms. This year is about all the movements joining together under the banner of #PressForProgress. It is about declaring impatience with talk and demanding action from governments and workplaces on gender equality, fairness and nonviolence.

International Women’s Day is a day for all women’s voices to be heard, including smaller, less known women’s movements like the #GulabiGang, a group of Indian activists who protest against police injustice while wearing pink Saris. They will be marching alongside the bigger movements; #ThisIsGlobal #TimeIsNow #MeToo and the international versions #yoTambien in Mexico, Spain and South America, #QuelleVoltaChe in Italy, #Ana-kaman in the Arab States, and #BalanceTonPorc in France, to name but a few.

More than 100 years ago Clara declared her impatience with talk and sparked a movement of 35,000 people. Today millions of women and men around the world have joined her in demanding action and equality. On this International Women’s Day we at ILNI want to salute Strong Women Everywhere. May we know them, May we be them and May we raise them.

If you are interested in how you too can join an event on March 8 or support a movement we have listed below some links for you to find out more.

#TimesUp Movement following on from the #Metoo:  https://www.timesupnow.com/

Put a Spring in Your Step with Our 10 Favourite Spring Trends
Scroll to top
We use cookies on our website to give you the most relevant experience by remembering your preferences and repeat visits. By clicking “Accept”, you consent to the use of ALL the cookies.
Cookie settingsACCEPT
Manage consent