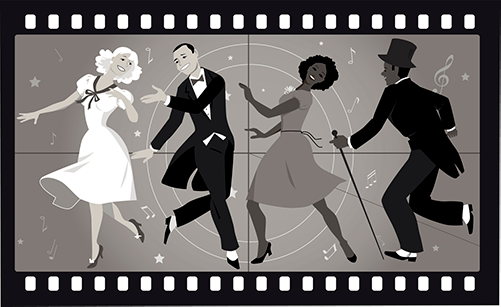 In our opinion, the stars of the Silver screen era embodied the perfect balance of elegance and social grace. The men and women of this classic Hollywood golden age were like the gods and goddesses of style and poise. Watching the interactions of the characters in a classic film makes us nostalgic for a time when men and women were composed, polite and showed respect for each other. Manners were an essential social lubricant and to forget them showed a lack of class. The characters of these movies showed us how to conduct ourselves in the social settings of the era. A high level of politeness, respect and kindness were expressed and expected in all social interactions.

We admire how the men were chivalrous, suave, gracious and debonair, while the women were poised, graceful and dignified with a high level of self-confidence. The interaction between men and women was a pleasure to watch. A gentleman would open a door for a woman. Not because she is helpless or unable, but because he wanted to show her that she is valuable and worthy of respect.

Silver Screen Manners we wish would be the norm again.

Back in the day, men weren’t just expected to hold doors for women. They were expected to help them put their coats on, ease them out of their seats, order food for them, and pay for every meal. While it would be excessive to ask for this type of treatment today, we wouldn’t mind seeing more people hold doors open for the people behind them.

People would dress up for many more occasions than we do today. They would dress up to go on a plane, go to the movies, go out for dinner and even to go to the doctor. We are a little nostalgic for the act of making every outing an event by dressing for the occasion. After all, this simple act can make any outing a little more glamorous.

Sitting to talk on the phone

When someone would call a Silver screen character, they would sit and talk due to the limitation of movement caused by a phone cord. They could not walk around being distracted by other things. They certainly couldn’t talk on the phone while shopping or driving in the car. Actually, by being still in one place, they could focus their attention fully on the caller. We wish this was the norm again. Too often we can hear that the person we are talking with is busy multi-tasking and not fully paying attention. It was better when we were forced to sit and listen and stay still. While we cannot hope to bring back a phone cord, we can imagine one is there and sit in a quiet spot to really give our full attention to the caller.

You never saw the stars of the silver screen swear, well certainly not in public anyway. Their vocabulary was wide enough to not need to pepper every second sentence with a profanity to emphasize a point. Onlookers would gasp if they heard a swear word spoken out loud and would have been highly embarrassed to see two people arguing in public. This golden era level of self-control is one, one cannot help but be nostalgic for.

Minding our Ps and Qs

The art of saying ‘please’ and ‘thank you’ seems to also be slowly dying. The common courtesy of saying thank you to the shop assistant is often forgotten in the rush to move on. We would love to see a lot more of ‘please’, ‘thank you’ and ‘excuse me’ used in everyday interactions. These little words can really make a difference in our opinion. 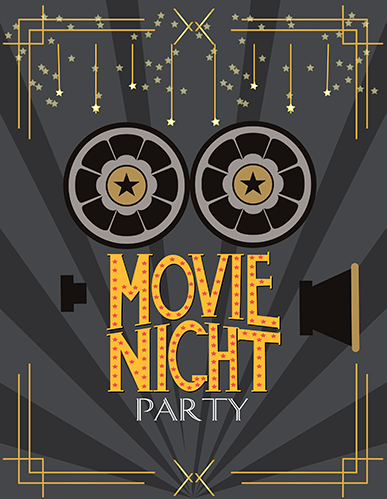 There are so many examples of style, grace and poise in the classic old movies. Here are our picks for three of the best movies for quintessential Hollywood romance, style and grace.

Joe Bradley plays the most chivalrous reporter ever on film, deciding to be honourable and loyal instead of greedy and two-faced.  When given the chance to kiss and tell the story for glory and fame, he instead follows his heart and falls in love with a princess.

‘An Affair to Remember’ with Cary Grant and Deborah Kerr

Nickie Ferrante (Grant), a well-known playboy and painter, meets Terry McKay (Kerr) on an ocean liner. They fall in love with each other despite the fact they are both engaged to other people. They agree to reunite on top of the Empire State Building in six months’ time if they still feel the same. No instant messaging or Facebook stalking was needed in the plot of this classic romance.

The ravishing Ingrid Bergman plays Dr. Constance Petersen, a disciplined psychiatrist whose world is thrown in a spin when she takes an interest in her institution’s new chief of staff, Dr. Anthony Edwardes (Gregory Peck). As it turns out, the doctor may not be who he says he is and so begins a whirlwind of tangled identities, psychoanalysis combined with a high risk of falling in love.

Why not take some time this weekend and revisit some of the classic movies. We hope you too might begin to feel a little nostalgic for a time when style and charm went hand in hand with respect and good manners. And, that you might also be inspired to revive some of these forgotten social interactions. Afterall, who wouldn’t want to enjoy more of that classic Hollywood grace and kindness in their social lives.

“It’s that wonderful old-fashioned idea that others come first and you come second. This was the whole ethic by which I was brought up. Others matter more than you do, so don’t fuss, dear; get on with it.” Audrey Hepburn

Disconnect in Paradise – Fiji
Scroll to top
We use cookies on our website to give you the most relevant experience by remembering your preferences and repeat visits. By clicking “Accept”, you consent to the use of ALL the cookies.
Cookie settingsACCEPT
Manage consent