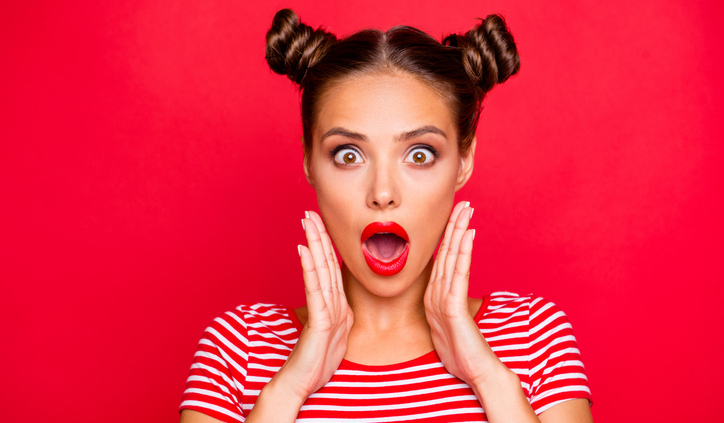 When it comes to giving gifts to friends and family internationally, it is essential to know how to avoid insulting or offending anyone with your well-intentioned gift. Here are 12 of the most important gift-giving blunders to avoid this Christmas.

When giving a gift in China, be aware that it is customary for the recipient to refuse the gift three times before finally accepting it. As the giver, you must continue to insist on giving the gift until the recipient agrees to accept it. Don’t fall for the blunder of thinking your friend doesn’t want the gift!

2. Giving The Gift of Time

In Hong Kong, the gift of a clock is a major no-no. In Cantonese the word for clock ‘sung jung’ sounds the same as the farewell you would say to a dying person.

In Japan it is essential to avoid giving red Christmas cards as this is the colour of funeral cards announcing a death.

In Italy, a gift of a brooch, handkerchief or knives symbolizes sorrow. In Japan white flowers are a symbol of mourning, while in Hong Kong a gift wrapped in blue or white signifies mourning. Do not give a bunch of even-numbered flowers in Russia as these are reserved for funerals. Also, avoid lilies, yellow flowers or carnations.

5. Inadvertently breaking off a friendship

Sending a gift of knives, scissors or sharp objects in China or Hong Kong indicates that your friendship is over; severed with the sharp gift. In Korea, signing a card or letter with red ink also shows the relationship is over.

6. Giving the wrong message with your gift:

Beware of giving hats in China as a gift of a green hat to a man indicates his wife has been unfaithful to him. In Italy beware when gifting flowers; red flowers indicate secrecy, while yellow flowers indicate jealousy.

In Kuwait, if a man must give a gift to a woman, he should say that it is from his wife, mother, sister, or some other female relative to avoid inappropriateness.

In Saudi Arabia, the recipient of a gift is likely to open it and give it a very close examination. Others in the room may also want to examine it. Don’t take offence; this is the way of showing appreciation for the gift. Likewise, don’t take offence in China or Japan if the recipient does not open your gift. These cultures consider it rude to open a gift in front of the giver. They will open it later when they are alone.

9. It is not always the thought that counts

In Korea when a person receives a gift, it is customary for them to give another gift of similar value in return at a later time. It is, therefore, essential to give a gift that it is compatible with the recipient’s economic means because if he or she cannot reciprocate, they will feel a loss of face.

In Thailand it is considered the height of rudeness to rip open a gift. Wrapping paper should be carefully removed, folded and put to one side.

In Yemen, giving a gift to anyone who is not an intimate friend is so embarrassing as to be offensive. It is also not done to express admiration for something belonging to another as they will then feel obliged to gift it to you.

The excellence of a gift lies in its appropriateness rather than its value.

Joyful, Feel-Good Books For the Christmas Break
Scroll to top
We use cookies on our website to give you the most relevant experience by remembering your preferences and repeat visits. By clicking “Accept”, you consent to the use of ALL the cookies.
Cookie settingsACCEPT
Manage consent