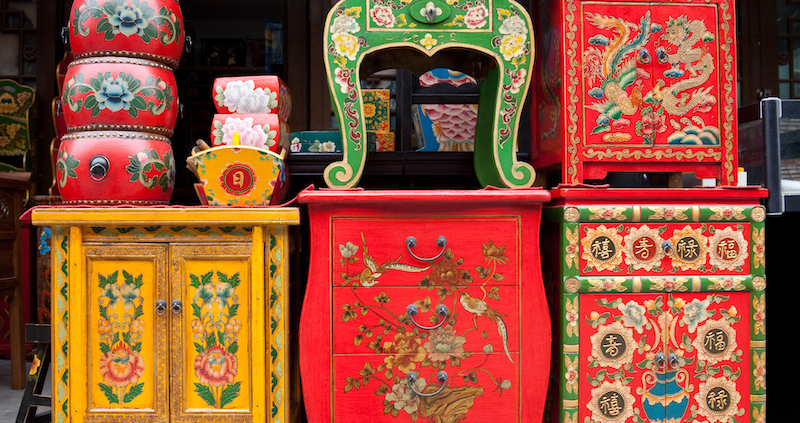 Having lived in Southern China for a number of years, I have spent what amounts to days of my life haggling over prices in local shopping markets. The markets of China are a mad world of cheap products and bargains galore. They are also a fantastic learning ground for the fine skills of bargaining that can be adapted to business anywhere.

The most important thing I have learned is that bargaining is a game, not unlike poker and here are the rules.

The Rules For Bargaining

Never let excitement show on your face. A cool, calm customer is going to have a better chance of striking a bargain, than someone gushing over a rare find.  So, wander around, look at things, pick things up, but keep your poker face on.

Never ask a price unless you are ready to start the game. Once you ask for a price you have entered the game zone. It is easy to spot the beginner who has randomly asked the price of something they were not really interested in. They are usually the ones with a shopkeeper attached to their arm trying to get them to return to their shop to continue the game.

Never suggest a price. The shop owner will always try to get you to suggest the first price. He is asking you to show your hand first. Resist. Ask the shopkeeper how much the product is. They will then take a moment to eye you up and down, taking in all visual information about your potential spending ability, and then suggest a ridiculously high price.

Never accept the first price. They are only testing your standing as a player of the game, and are simply signifying they are ready to play. Many new players will pay the first price and not only miss out on a great game, but will be the laughing-stock of the market for paying double or triple the price of an item. Don’t spoil the game.

Have a price in mind that you would be happy to pay, and then suggest a figure significantly lower than that. This signifies the game is now in full play. When you counter with a ridiculously low price, expect your opponent to pull a face and shake their head. If they are willing to play the game they will counter with a price slightly lower than their first offer. You can keep playing the price back and forth until you are happy with the price or until your opponent digs in their heels and refuses to budge.

This is where the game can get interesting.  When your opponent is no longer willing to reduce the price you have two options.

At this point, you can concede and pay the price they want. After all, you are probably down to arguing over only a few dollars. Smile, give in and pay the money. Good game.

If you have taken the measure of your opponent and think he/she is offering you an inflated price, you can try the old ‘walk away’ trick. Turn to walk away. If they call you back the game is still on. If they let you go, you have reached the final price. You can keep walking and look for another game to join, or swallow your pride and go back and pay the price they are offering.  Good game.

In bargaining anywhere, it is key to enjoy the game while remaining gracious to your opponent. The best win-win outcome is a price that makes everyone happy after a playful back and forward between buyer and seller. A well-played game ends with smiles and laughs as well as a good bargain for you so don’t get too hung up over the final few dollars.

8 Elegant Experiences for an Unforgettable Stay in London
Scroll to top
We use cookies on our website to give you the most relevant experience by remembering your preferences and repeat visits. By clicking “Accept”, you consent to the use of ALL the cookies.
Cookie settingsACCEPT
Manage consent