Today we talk with Fay Kortleven, the author of Moving on Strong, about the challenges of unexpected change and how we can find courage in the middle of it.

If there is anything we have all learned through these last two years living through a pandemic, it is that life is all about change. And, so often, change comes at the worst time, in the most unexpected ways. As a writer, my goal has always been to help women find the courage to navigate through times of both unexpected and desired change.

When I wrote my first book about Moving on Strong from a divorce, it was written as a reminder to women of how strong and competent they are, despite the circumstances they find themselves in. It was a guidebook to finding courage in the middle of change. I was confident in the message of my book. 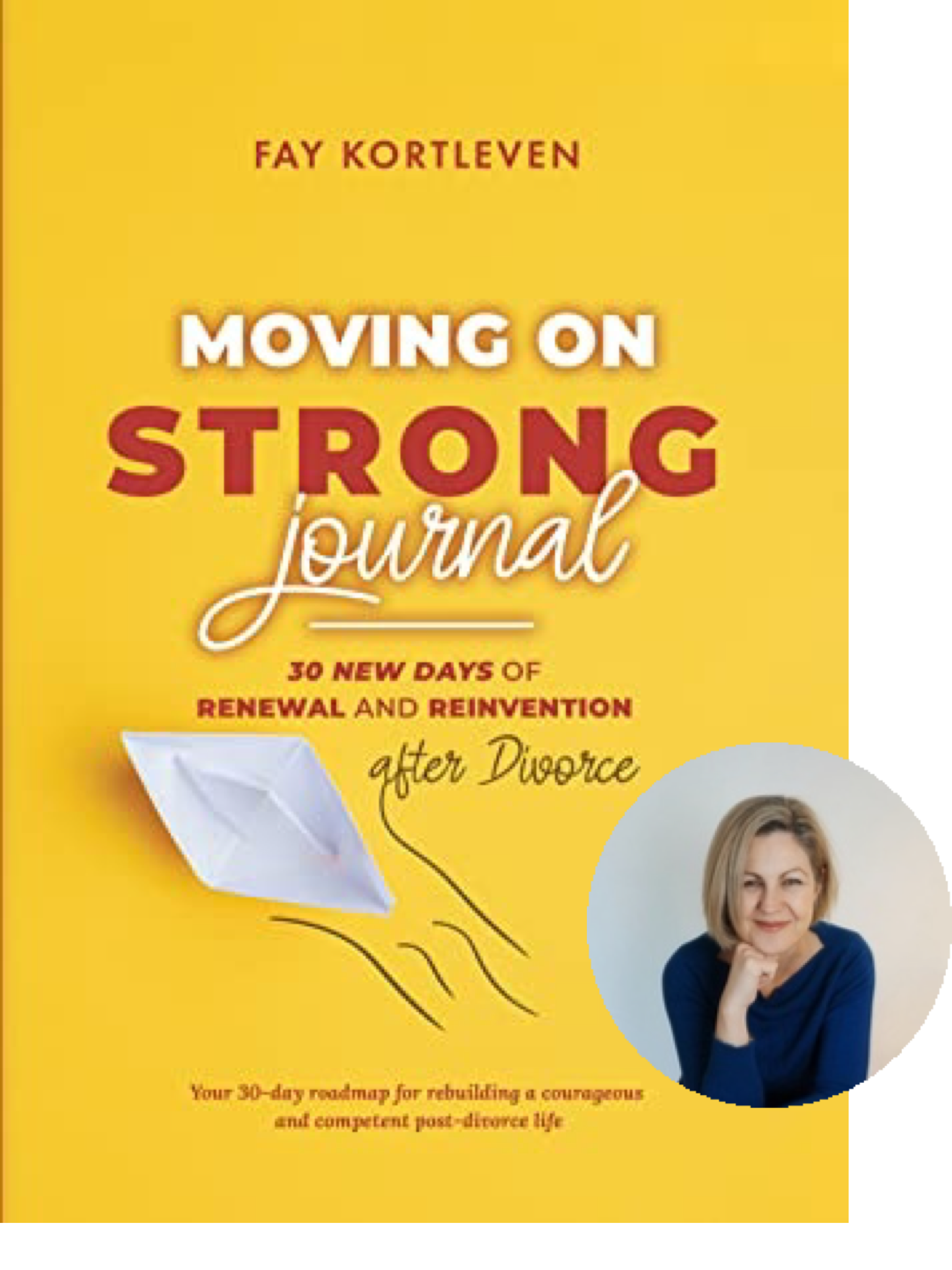 Then, suddenly less than two years after it was published, the most unexpected change hit my world. My ex-husband and father of our kids was diagnosed with a terminal illness.

The days and months that followed will always be seared in my memory, soaked in the helplessness I felt watching him losing his battle with cancer. I was frightened and unsure if I had the strength to hold our two sons through their grief while also personally reeling from this unexpected loss of a life-long friend and co-parent. What I held onto through that time, was my belief that courage in unexpected change does not require the absence of fear, only the ability to keep going despite it.

Now, more than three years later, I continue to write about finding courage in change. I write the words I needed to hear in those moments when I was unable to think beyond the next day.

Globally we have all been impacted by the unexpected changes brought about by a virus. For many, the impacts have been devastating on a deeply personal level with changes that have left so many plans lying in ruin at our feet. It is into those moments that I want to keep whispering words of courage and kindness. It will be ok. Even from the worst of times, it is possible to move forward. Finding courage in change does not require the absence of fear. Rather, courage is the ability to keep going despite the fear.

We don’t have to be fearless in change. We only need to keep moving forward.

Discover The Romance of Punta di San Vigilio
Scroll to top
We use cookies on our website to give you the most relevant experience by remembering your preferences and repeat visits. By clicking “Accept”, you consent to the use of ALL the cookies.
Cookie settingsACCEPT
Manage consent