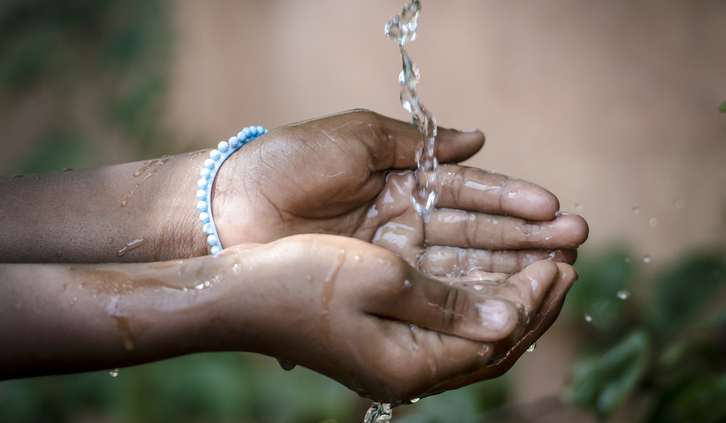 In the coming year, more than 100 million people face the real risk of running out of water, completely. As in no drinkable water in their city at all. Why is this not headline news already? Could it be because these 100 million people live in one of the poorest nations in the world? Welcome to the reality of climate apartheid where the worst effects of climate change are hitting the poorest nations. Where an unfair division exists that segregates along the lines of rich and poor, important and not important, headline news and not headline news, protected and not protected.

New Delhi is one of 21 major cities in the poorest nations of the world that is poised to run out of groundwater in the next year, according to the UN. This is an ecological apocalypse for these cities. People cannot live without water. Where are the international emergency teams to find a solution to this problem? Do we not care enough? The tough answer is no. We don’t care enough about the impoverished in this world and the ecological apocalypse they are staring into. If this looming disaster was in New York, London or Brussels, how different would the international response be? Do you think the world would look calmly on as the water supply in New York dried up? Would pictures of the people of London queuing for hours to get water from a water tanker cause us concern? Why does this reality happening in New Delhi not move us into action the same way?

How unfair this world is when it comes to dealing with climate change. We are currently sitting through another heatwave in Europe and the US but, it just means that we turn up the air conditioner and continue with our daily lives. A little heat does not worry us; after all, we are not facing another year of hunger as our only crops wither in the heat. We are not at risk of being thirsty.

The harsh truth about climate change is that the impact is not going to be experienced evenly in this world. While we will experience some inconveniences in the coming years, it will be the poor and vulnerable who will feel the worst effects of this change. It is exactly because it is mostly the poor at risk that the international community finds it so easy to turn a blind eye to this problem.

When it is only the poor and marginalised in developing countries who will feel the real effect, there is no sense of urgency among the industrialised nations to do anything. This is why politicians can continue to kick the problem down the road for the next generation to fix. After all, why should they risk their elected seat by making unpopular decisions about emissions or resource use?  The most dire consequences of our current abuse of the environment won’t be felt by us for a few more years, so there is still time for others to make the hard calls. The first people to lose water will be the poor, the 100 million in India, who don’t have a vote in the nations that have done the damage.

It is time we became more aware that this rich bubble we live in is making us complacent. It is causing a gaping chasm between the haves and the have-nots of this world. We will survive the next few years as the climate gets warmer by turning up our air conditioners. We will survive the extreme weather patterns by enacting emergency plans and evacuating to safe-havens. We will survive, but how will the 100 million facing water shortages survive?

The UN Human Rights Council has published a hard-hitting report entitled ‘Climate Apartheid’ which lays the blame for this looming disaster squarely at our feet. The richest 10% in this world are responsible for more than half of the world’s greenhouse gases, while the poorest 3.5 billion (half of the world population) are responsible for only 10% of the emissions. Yet, it is the poorest who will feel the worst effects of the climate crisis.

Worse, the report goes on to note that industrialised nations have not once managed to reduce their emissions since the 1970s. The leaders of the richest nations, our leaders, have attended and pledged to make a difference in the Rio Convention (1992). They have signed the Kyoto Protocol (1997) and the Paris Accord (2015), and yet, nothing has changed. All these nice words and promises from our elected leaders, all while we continue to pump CO2 into our atmosphere at a growing rate every year. Our leaders are leaving this problem up to the next generation to fix, passing on a damaged and polluted planet for our children to clean up.

In the coming years, our inaction on this problem will mean 100 to 400 million of the poorest are at risk of hunger and a total of 1 -2 billion will be without adequate access to water (UN), leaving large parts of the world completely unprotected from the effects of climate change. The biggest challenge facing the world is our inaction. Our leaders have chosen to follow a path of economic growth, selfishly making choices based on greed mixed with apathy towards the plight of the poorest nations.

Our leaders have promised to quit poisoning the air, quit polluting the seas, to stop exploiting natural resources, – yet they continue to allow companies to keep poisoning, polluting and exploiting our world.

If we really believe in a fair world, we must demand action is taken to protect those nations and populations who are facing the first dire effects of climate change. It is time to hold our leaders accountable and let them know the current path of inaction will not be tolerated any longer.

We strongly believe in a fair world, where we share the burden of this changing world. We believe in a world where those of us with more, should help those of us with less. We do not want to live in a world where survival depends on which nation you were born into. The ‘Climate Apartheid’ report should be the wake-up call we all need to stop this current path. For what we really need from our elected leaders is action, now! Not more words or signatures on nice-sounding protocols. After all, words without real action have no real meaning.

11 Old-School Etiquette Rules That Still Make The World a Nicer Place
Scroll to top
We use cookies on our website to give you the most relevant experience by remembering your preferences and repeat visits. By clicking “Accept”, you consent to the use of ALL the cookies.
Cookie settingsACCEPT
Manage consent