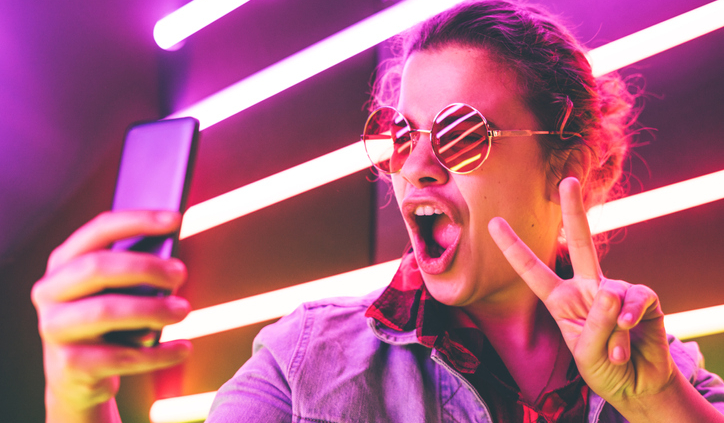 In our last post, we looked at Five Youth Leaders leading the drive to educate, take action and see real change in our world. In today’s post, we wanted to explore how they are doing this. How is it possible to mobilize a group of diverse young people into waves of protests and actions all around the world? How are these incredible movements ensuring their voices get heard by everyone, including world leaders and global organizations?

The youth movements of today have shown they have an unprecedented ability to rapidly share information and organize remotely using social media platforms such as Instagram, Twitter and TikTok. These social media platforms have transformed into crucial tools to inspire and educate others. This use of social media is revolutionizing youth-led activism and gaining momentum. It is giving youth a powerful voice. The power of these combined voices was evident around the world when four million young people—many under the age of twenty-five joined climate change marches in September last year. The global school strike was one of the world’s largest youth-led strikes ever.

Youth activism, like social media, is not new. But how are these youth-led movements gaining such momentum?

Youth movements have figured out the power of numerous protest activities. It is not only about marching on a street; demand for change is expressed through sit-ins, #hashtags, walkouts, and many more. These loud and disruptive protest actions have become an unrelenting push for change, expanding awareness and causing lawmakers to change direction on policies.

Young people are conducting their own studies about significant issues. They understand that activism needs solid backing in truth. For this reason, many of the movements you see on the streets, also have crucial behind the scenes actions: developing reports to present to decision-makers, sharing factual and meaningful information through social media, and educating others about the issues.

Young people are proving they are experts at using the media to share their passion for these issues. Traditional media is struggling to keep up with the speed of information sharing on social media platforms. Online youth newspapers and websites, hashtags and infographics are easily shared through messaging apps. In this way, youth activists are not only finding their voice, they are developing channels to share real-time reporting on demonstrations and actions. They have harnessed the power of sharing information for change.

Youth activists are exercising the right to free speech and expression using art as a medium to alter opinions, build community and share cultural expression. Their ability to express their issues is making sure they are not ignored. Graffiti art, slam poetry and acting are only some of the ways this is happening.

There is power in the way young people shop. By making critical decisions about how and where they shop, many youth activists are finding they can impact on a large scale and raise the consciousness of their friends and families. Youth shopping intentionally is pushing change on issues like poverty, fair-trade, child labour, gender equality and sustainability.

Beyond critical consumerism, youth-led boycotts are a powerful tool that can quickly pressure a company to make a U-turn on a decision they have made.

Many of the voices in these powerful youth-led movements are now or soon will be old enough to vote. They are advocating and educating others about the power of their vote. There are youth leaders who will be standing for government and will rely on the youth vote to take their seats among decision-makers who will be making the decisions for the coming years.

Gen-Z activists are a crucial voice for a generation who will be disproportionately affected by problems such as gun violence, poverty and climate change— all problems they have inherited from us. We hold hope that their new ways of mobilizing and pushing for change will work better than what we have tried in the past, and we stand in support of them all.

“People of accomplishment rarely sat back and let things happen to them. They went out and happened to things.”

Mastering The Fine Art Of Questioning Our Assumptions
Scroll to top
We use cookies on our website to give you the most relevant experience by remembering your preferences and repeat visits. By clicking “Accept”, you consent to the use of ALL the cookies.
Cookie settingsACCEPT
Manage consent