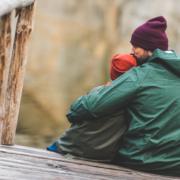 Sometimes it feels like life is one big advertisement, with a million different messages trying to convince us we need more stuff. Our daily lives are bombarded from waking to sleep with advertising in one form or another. All of these messages are designed to tug on the very human trait of always wanting more. Advertisers promise we will find happiness in their products and promote the idea that having more stuff will bring us fulfilment! But, does having all this stuff really make us happy? Looking around at the world today, it doesn’t seem to be the case.

We all know that the joy of buying something new is only fleeting. And, that a new phone is not going to fulfil us in any meaningful way. Yet, we build up anticipation for a new item, and when we finally buy it, we do feel joy. But, after a short time, we get used to having this item and it doesn’t bring us the same excitement as the next new item we desire promises to. This pattern is a normal human trait called hedonic adaption. Basically, we get bored with new things, and the joy they bring can quickly reduce to nothing. By falling for advertisements that promise us happiness comes with more stuff, we are set to remain in a negative spiral of expecting that stuff to make us happy, and being disappointed when it doesn’t. Filling our lives with everything we desire will not bring us fulfilment or happiness over the long-term.

Luckily, hedonic adaption doesn’t affect experiences. We are happier when we think about a great experience we have had or when we look with anticipation towards a new one. This could be a holiday, a catch-up coffee with a friend or working on a project we are excited about with a co-worker.  When we share these experiences with others, we can further increase our sense of happiness.  And, this happiness lasts longer than the joy of a new item.  The best part about sharing experiences is that both the giver and the recipient end up with more happiness and will continue to look back on the experience with joy. Think of the joy when you gave something of yourself to someone. The gift of time to a child or friend is always more cherished than a store-bought gift. Cooking a special meal for your partner may be more treasured than a box of chocolates.

Next time we feel that tugging desire to buy something new, perhaps we could instead consider doing something kind for someone else and seek happiness in doing rather than in having. Here are three easy ways to create an experience with someone else that could bring you both joy in less than five minutes:

Encourage someone in your life who has a great idea or is doing a fantastic job. Let them know you think they are great. Be a positive influence and use your words to build someone up.

Give someone your full attention for a few minutes. Actively listen to them instead of only half hearing what they are saying while being busy thinking of something else.

Pay it forward with a five-minute favour.

We love this idea of performing and easy favour for someone. It can be as simple as an introduction to someone who can assist them, sharing an article or idea that we think might be interesting to them or just sharing and commenting favourably on one of their social media posts.

We love the idea of making it a priority to do more, rather than have more. Focusing our time and energy on doing something for others can bring us much more satisfaction in life than the latest new thing ever can. 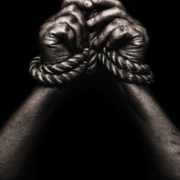 March 14th is #MyFreedomDay, a daylong event organised internationally by students to raise awareness about modern day slavery and the need to abolish it completely. As part of the fashion industry, we at ILNI abhor this horrific practice that has been allowed to exist, hidden from sight, in many textile businesses. Therefore, we stand firmly together with #MyFreedomDay and other organisations against all practices of modern slavery.

What is Modern Day Slavery?

Sadly slavery was not completely abolished in the 19th century. It has instead continued to impact the lives of millions of victims; children working in sweatshops, women forced into prostitution, men enslaved to work in construction and agriculture, all part of exploitation that takes away their freedom of choice. These are the modern slaves, and #MyFreedomDay is the day to shed more light on this horrific practice.

According to the Global Slavery Index, there are an estimated 40.3 million people caught in modern slavery around the world, including more than 10 million children. These modern slaves are forced to work through coercion or threats, they are considered to be owned by their ‘employer’, are dehumanized, treated as commodities, and bought and sold like property. These women, men and children are not free to leave their situation.

How does this still happen?

Most often slavery occurs when people are vulnerable to being taken advantage of. In India, many slaves are in debt bondage trying to pay off the money they have borrowed for medical treatment or food. Young girls are often sold into early marriage to help a family financially.  Many women and children work in forced labour in textile mills under appalling conditions. Further compounding the problem is the belief that children born to slaves are also considered in bondage and the property of the slave owner from birth.

Unfortunately, slavery does not only exist in poorer countries, the UK government estimates there are more than 10,000 modern slaves in Britain, while in the United States this figure is almost 400,000.

What can we do to help?

There are many ways we can work together to face this problem in our world. #MyFreedomDay is about raising awareness. Here are some other ways you can help.

Find out more about the scourge of Modern Slavery and what organisations around the world are doing to help halt it. We found these websites to be full of excellent information:

The 50 for Freedom Campaign

According to a report by the India Committee of the Netherlands (ICN), many of the items we buy every day are made by modern slave labour. Many of the clothes being sold in well-known fast fashion shops come from textile mills where young women and children were lured to work with promises of good wages. Instead, they find themselves trapped in modern slavery and child labour. With no payment for their work, no contracts and no one to complain to, these victims of modern slavery stay entrapped. By becoming more informed about the items we buy, and actively choosing to avoid products made by the hands of slaves we can make our consumer voices louder and encourage companies to be more aware of where they are sourcing their products from. Here are the most useful websites and apps that can help us make informed choices as consumers:

Good On You App

Many great organisations are working tirelessly towards a world where slavery is abolished. Find one that you can support and get involved with helping them make a difference. Anti-Slavery Organisations active internationally:

Stop the Traffik – People Shouldn’t Be Bought and Sold

Students wanting to raise awareness about modern slavery started #MyFreedomDay. We can follow their lead by adding our voices to the movement through sharing information about modern slavery on social media and by telling others about this problem. Change begins with knowledge, which raises awareness and, most importantly, calls for closer scrutiny of companies and individuals engaging in this practice. This terrible practice of slavery should have ended centuries ago, and if we don’t speak out against modern slavery, who will?

“Our lives begin to end the day we become silent about things that matter.”